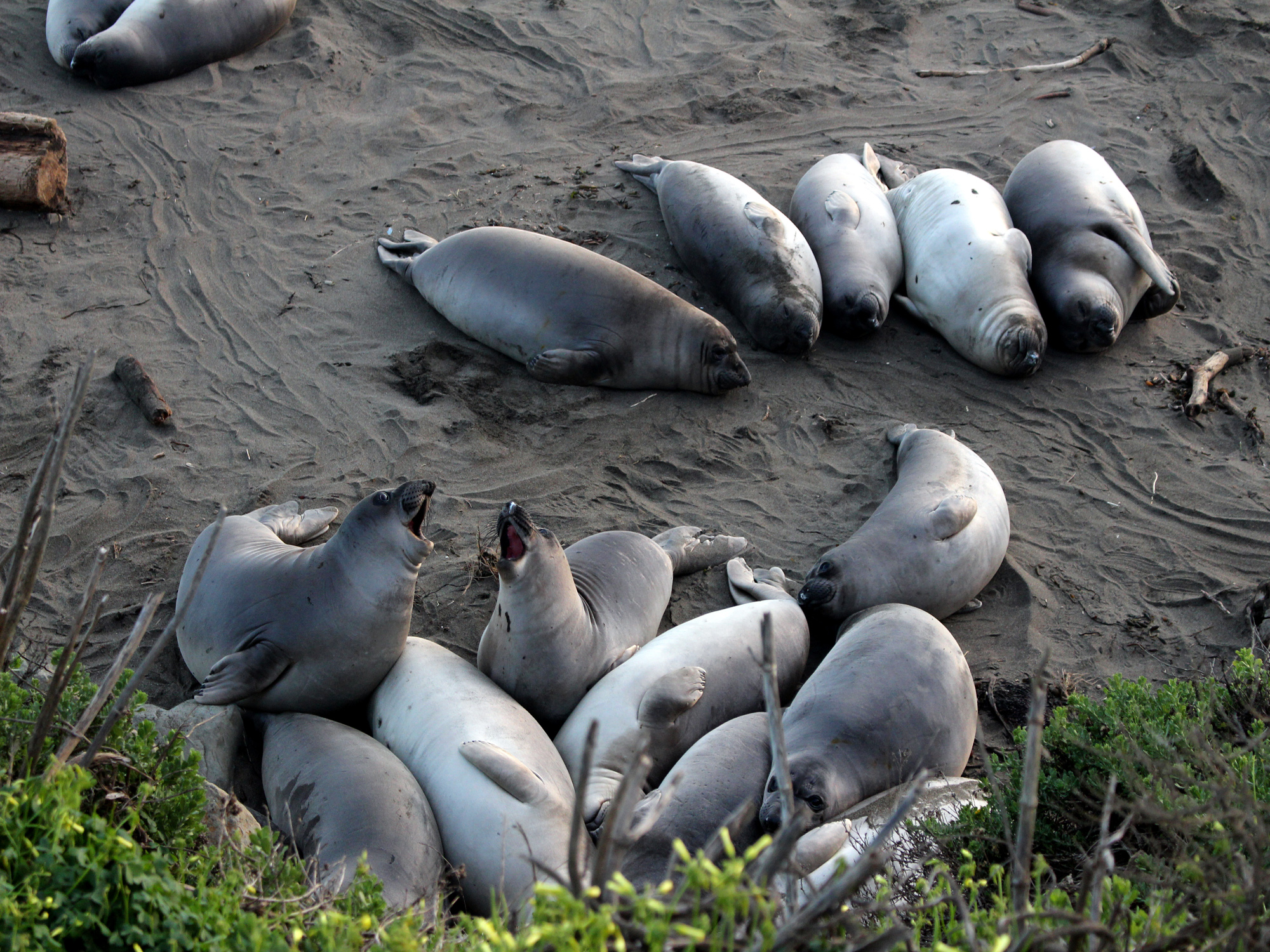 California with its stunning beaches and landscapes has drawn countless people onto its most scenic highway – Highway 101. It is a careless way of travel, following the highway and just stopping whenever feeling like it. Remember to travel southbound, makes it much easier to pull over and stop.

Close to San Simeon, we spotted a sign indicating elephant seals. Slightly hidden, there they were, mostly sleeping, flipping sand or making weird wobbling movements. In my opinion, they kind of look like fat larva but are incredibly cute! Look at those scrunchy faces!

We arrived just in time for the most amazing sunset…

Also close to San Simeon lies Hearst Castle, former mansion of a rich farmer/newspaper magnate. Apparently he was a tiny bit prone to exaggeration which resulted in the most outrageous piece of building. The entire house is built from or decorated with European antiques that were sold after the war. The outside pool was shipped from a Roman temple to the site, and the indoor pool is decorated in mosaics of gold. A statement.