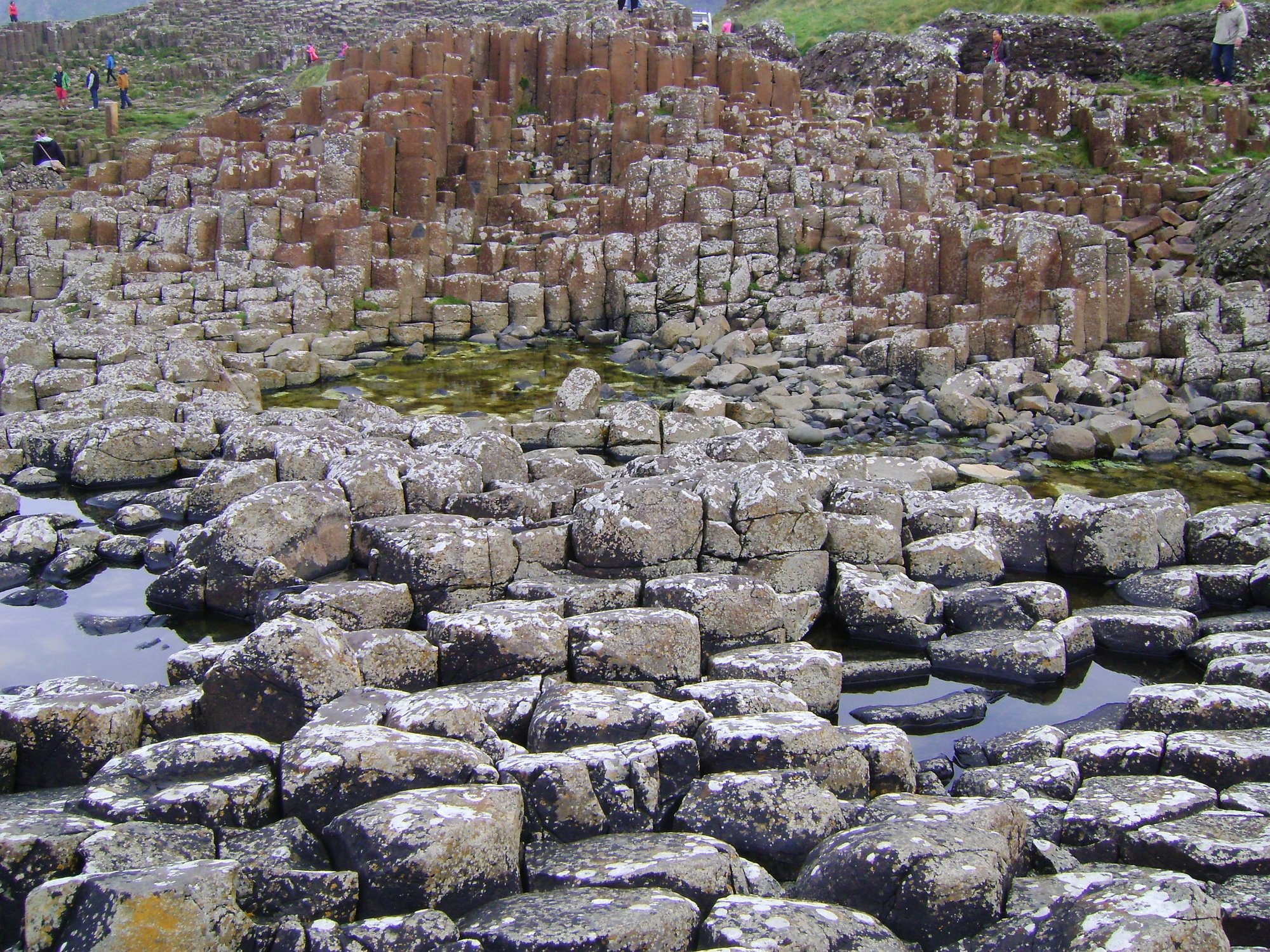 The Giant’s Causeway is a formation of basalt columns in Northern Ireland and Scotland due to an ancient volcano eruption. Most of the columns are hexagonal but can vary in shape, and for me, it was one of the most amazing natural sights that I’ve seen. The journey north was smooth except for a few sheep blocking our way.

On the way to Northern Ireland, our bus driver told us the legend that gave the area its name. It is said that the parts in Northern Ireland and Scotland were once connected and formed the path for a giant named Finn MacCool. One day, he got into a quarrel with a Scottish giant, Benandonner, and they decided to meet up for a fight. Shortly before the fight though, Finn got scared and ran home to his wife Oonagh. She came up with the idea to disguise Finn as a baby in their bed. When Benandonner came and inquired after Finn, his wife said that, unfortunately, Finn was not at home, and that there was only his son laying in the cradle. Benandonner looked at the baby and thought: ‘If that is his son, then Finn must really be a heck of a giant!’ and fled across the Giant’s causeway, leading it to collaps.

Today at the sight, you can find some traces of Finn, for instance his shoes, an organ (the instrument, not body parts), a camel and his smoking chimneys.