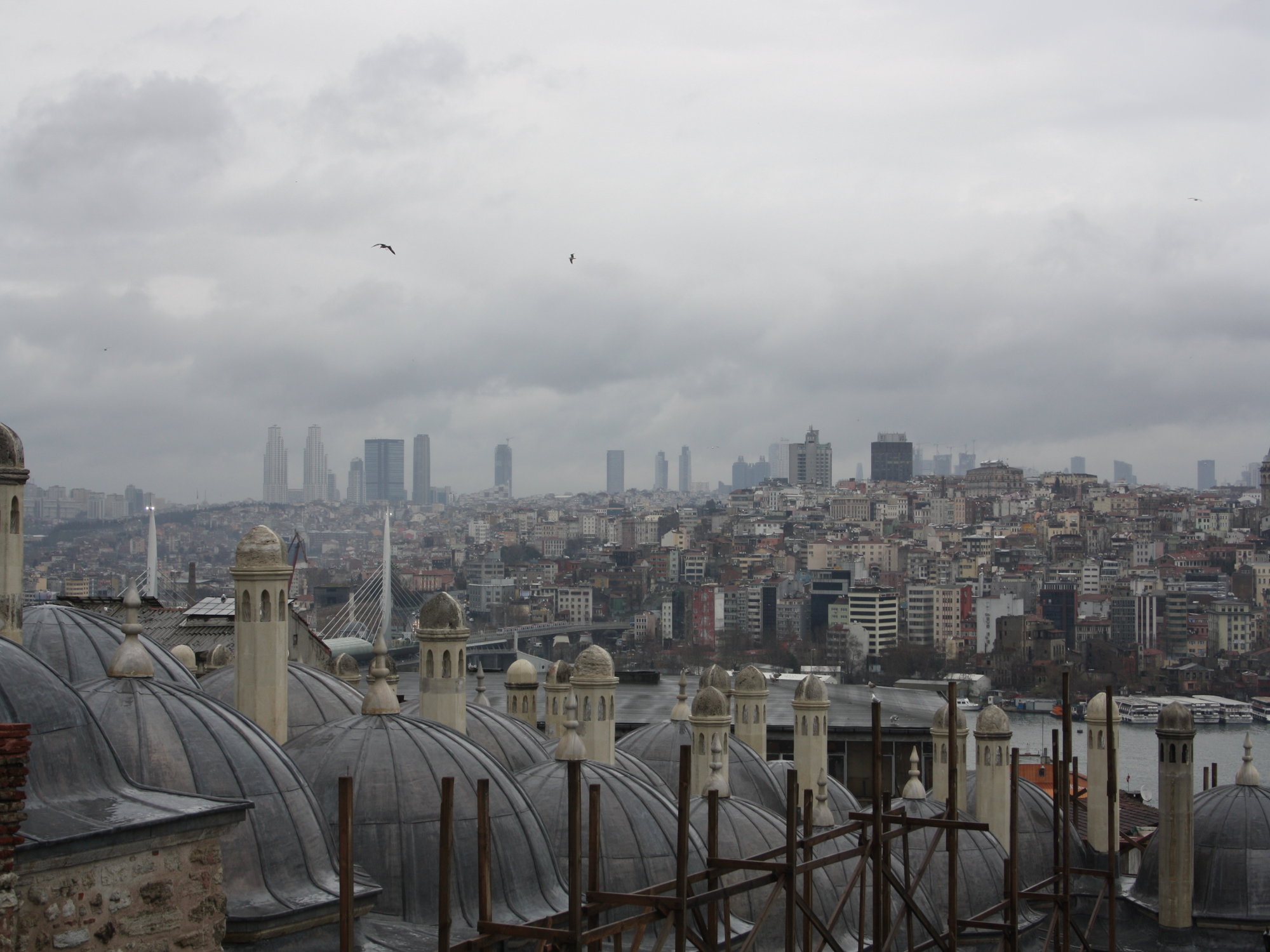 Medusa’s head inside the Basilica cistern

The Hagia Sophia (en: holy wisdom) has been the largest cathedral in the world for more than a millenium. During the 15th century, when the Ottomans conquered Constantinople, instead of destroying it, they changed it into a mosque. Nowadays, we can see Islamic calligraphy and Christian paintings right next to each other decorating the walls and ceilings of the Hagia Sophia.

If you want to visit the mosque, beware, one cannot visit during prayer time, so opening hours are limited. They change depending on geographics and seasons so it is wise to stay informed. There are five prayers per day that are determined by the position of the sun in the sky. The first one, Fajr, takes place before sunrise. When the sun is at its zenith, it is time for the midday prayer (Dhuhr). The afternoon prayers or Asr should be held when the shadow of an object is the same length as the object, and there is another prayer at sunset (Maghrib) and at night (Isha’a). I wondered how everybody would know when exactly to pray (and the times are pretty exact) and what to do if you were stuck somewhere (at work or in a train) and I was told that modern muslims use the internet and even apps to keep track of the exact times. Also, depending on the different schools of Islam, the rules might not be as strict and more like a suggestion.

In a city with that many mosques, though, it is hard to miss prayer time unless you are deaf. At each of the given prayer times, the muezzin from each mosque begins to chant the adhan from the minaret, followed by melodious answers from the neighboring mosques. Amplified by loudspeakers and microphones or recordings, it is made sure that their voices can be heard throughout the city.

we’re in Asia! Night view on the Maiden’s tower

When visiting Istanbul, one gets the impression that almost the entire city is built by Sinan (or one of his students) just like Gaudi built all the major tourist attractions in Barcelona. The Süleymaniye-Mosque is another example of that. It was a rainy and windy day so we tried to seek shelter, but we had to wait outside because of prayer time.