Hongkou District, Shanghai. Brick walled buildings, neatly or not so neatly placed one next to another. Somewhere here, in a not too flashy building, the Jewish Refugees Museum. A document of a small period of history that brings together two terms not usually associated with one another. But it is conserved in this one building. The ticket includes a free guided tour. Chinese and English. The Chinese visitors have a lot of questions. The history of Jewish people is not very well known or studied here, and by far less tangible than in Europe. Why, they ask, why would anyone single out Jewish people and submit them to persecution. The tour guide struggles to explain. There are reasons, some more logical than others, but all not satisfactory.

The question remains unanswered just like many questions of today’s world. There is no good answer to that either. 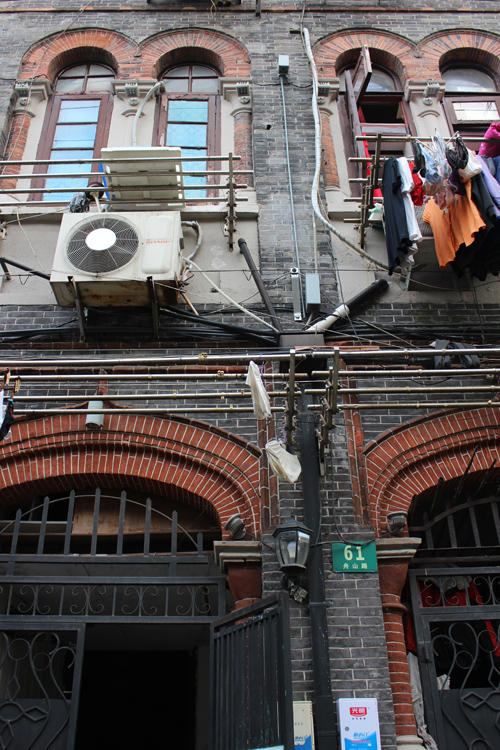 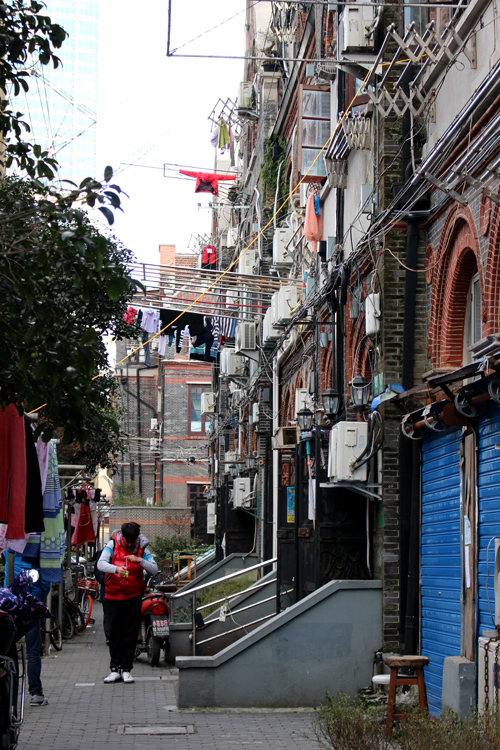 The neighborhood does not have much left of the glamorous Shanghai, the glossy magazines, rooftop bars or luxury malls. The Jewish community does not live here anymore. A café at the corner of a park, the single green speck on the map, bears its name from former times. But it is a replacement building, the original building is torn down and disposed of, as done with many buildings no one sees the value in until a few decades later.

It is not the best neighborhood. People are living simple lives, doing small businesses. But it is also a face of modern Shanghai. Four chickens on an electric wire, tied at the neck. A black sock. Sausages in a tree. A prison with barbed wire. Clothes drying on the gray prison walls. A few houses have inscriptions on them; this famous Jewish person lived here, stating a time period. I don’t think the residents are much aware of these things at all. A community of outsiders replaced another community of outsiders. 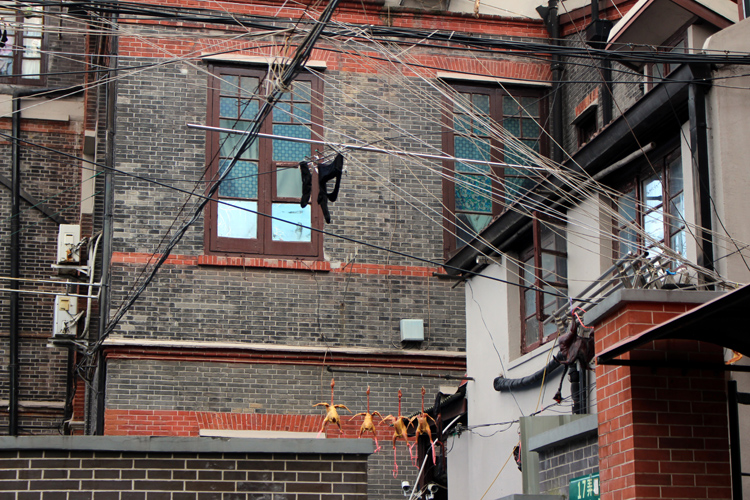 the chickens hanging on the chord like hanged men 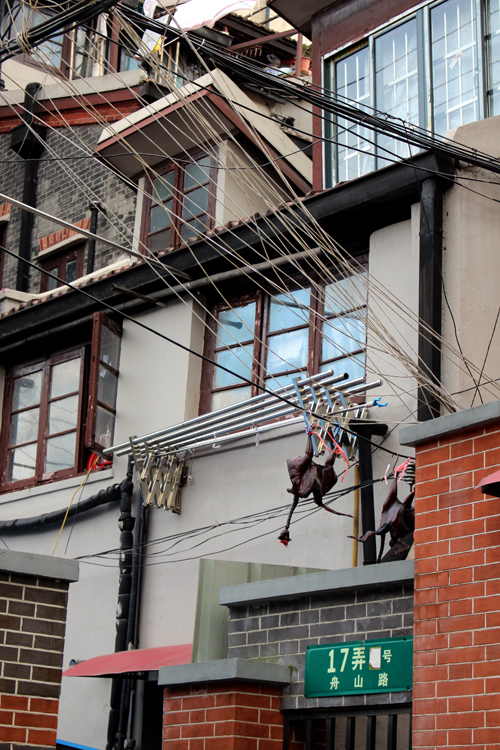 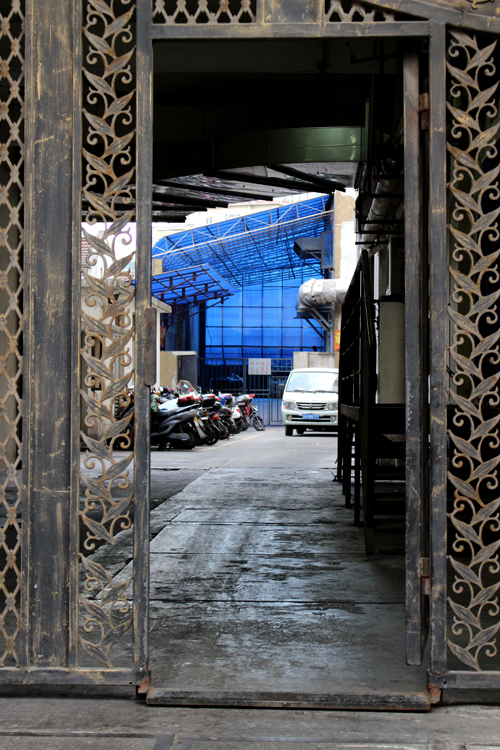 sausages in a tree 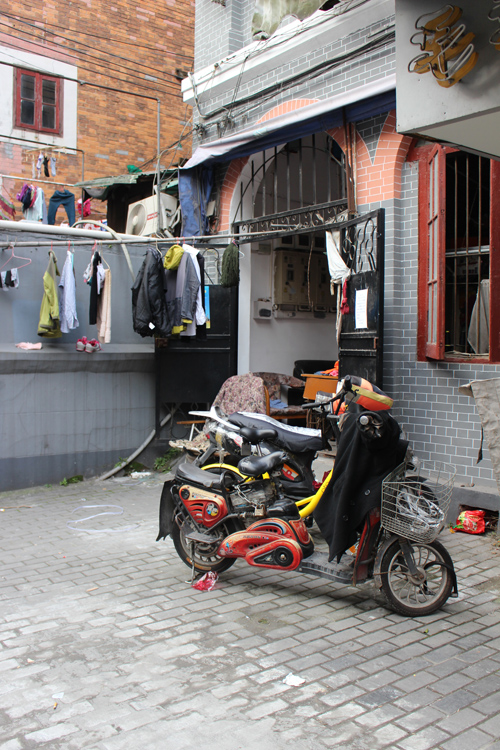 clothes on the prison wall