Making dumplings with your family on New Year’s Eve (we do eat dumplings the day before that, though. In a mall.)

Buying a citrus fruit plant (I buy mandarines regularly, that does count, right?) // Sending a WeChat message to ALL of your contacts, preferably with sparkly stuff (not so much traditional but everyone does it) // Being with family (a shopkeeper even asks us why we are not going home) // Getting new clothes (although I think shoes do count) // Having a huge New Year’s meal (crappy airplane food yay) // Leaving a whole cooked fish for the New Year for good fortune (I resort to shaping a piece of bread into a little fish and leaving it for the New Year)

So basically no surprise that we start the year with less than ideal travel experiences. If you want to believe in this kind of stuff.

I struggle to say anything about 昆明 // Kunming, capital of the much praised 云南 // Yunnan Province in China. Because I know it is not so bad as I want to make it sound. A lot of travellers love it, but we just don’t. Coming from the Pearl Delta Area (Hong Kong, Guangzhou, Shenzhen) Kunming feels cold. Not just the weather, the people, the atmosphere. Getting out of the city center feels like stepping into a giant communist rural enclosure. Locals are not that friendly to us. Our hotel is nice. Transportation is difficult to use. But you might spot lovely and absurd scenes like an elderly gentleman snacking on pumpkin kernels he conjures out of his dirty suit pocket.

Each try to visit something feels like going to war. With ahyis and damas and spoiled children. Pushing you out of the way to secure their spot on a minivan, cutting lines, that sort of thing. The peak season of Chinese holiday time adds to the stress.

Not that bad, but I could also go somewhere else and enjoy myself more. I’m sad to say Kunming is probably my least favorite travel destination. I mean, it cannot be all sunshine and pretty things, and something has to come in last. Travel is personal and it could be high up your list, who knows? Yunnan in general gets very mixed reviews and responses, from residents to Chinese tourists to backpackers, so I wouldn’t take anyone’s opinion for solid gold. 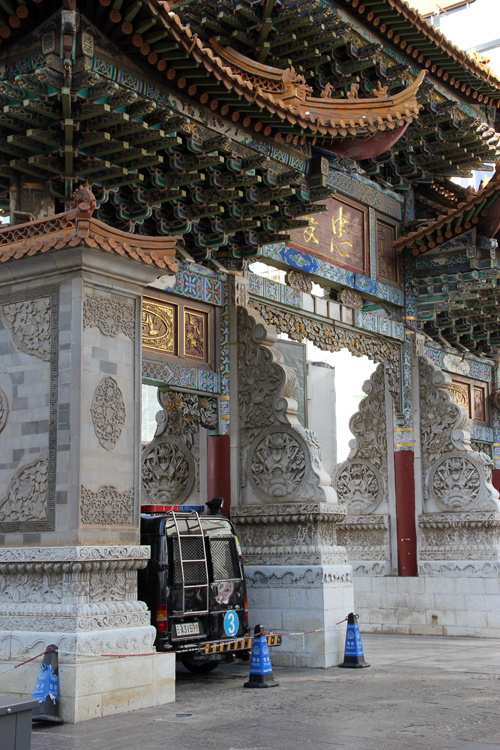 The city center/old town is quite pretty and perfect for a walk in the city. I notice an omnipresence of police and SWAT teams. Blind masseurs offer a quick break from work and aching muscles. A lot of shops are closed during New Year. So there is not that much to do. 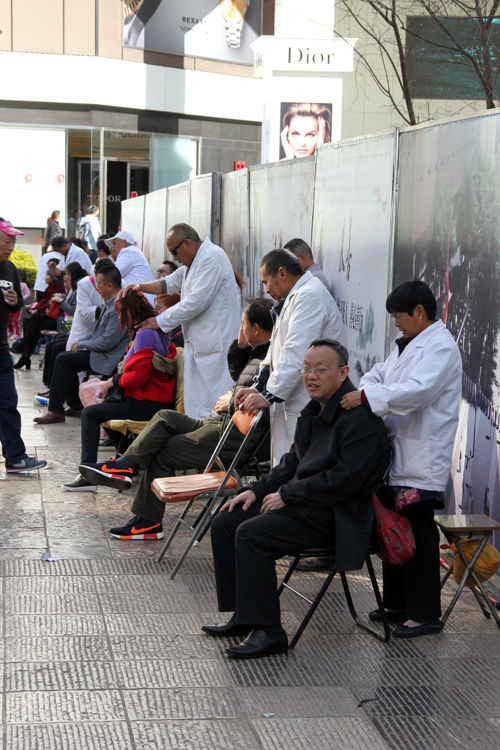 colors of a garbage man

The touristy places, however, are infested. Travelling in China during Chinese New Year is a big mistake. There is no or little way to enjoy anything. The bus to the stone forest goes from the East Transportation Hub Station which is not the East Station nor the East Bus Station. We find out the hard way. This Station gets the lowest possible rating on baidu (Chinese google). It does not disappoint. It is quite dirty and rundown, the workers responsible for the bus don’t really know when the bus will come, so some Chinese tourists are having a pretty heated argument with the staff. They say it will come in two hours. Revolt! Ten minutes later, a bus appears out of nowhere, much to the surprise of staff and tourists alike. Everyone should be happy now.

Making it to the stone forest is where the fun part starts…not. Crowds of tourists pushing each other through the paths of the park, preferably shoving you against the railings in hope of getting rid of competitors for the best photo spots. Swarms of people dressed in minority clothing attacking to sell food, photos, nicknacks. Children peeing and pooping on the UNESCO-praised karst stones. Erosion much? Litter everywhere. Snapping a few pictures before getting shooed away by a dama (a Chinese woman in her 50s/60s, watch out for those).

tourists in the midst of stone

After making a decision of not visiting the rice terraces in the South-East of Yunnan due to a shortage of time and bus tickets, we attempt another tourist attraction of a village with limestone caves and great scenery. Eight hours that day are spent on transportation, and it is only around 80km from Kunming. The minivan spots are contested and we get to experience the claws and teeth of locals and Chinese tourists. Eventually we do make it on the bus. The bus stops at a police office where an old policeman makes sure there are no standing passengers. Eleven spots. Driving around the corner, the bus driver picks up some locals for a fare he determines spontaneously.

At the sight itself, I worry about security and safety measures. People stuffed into a cave with no way to move backwards nor towards any safety exits, being pushed forward by a heavy force of thousands of bodyweights. Fun it is not.

On the way back, we have to wait half an hour for the bus to fill up, since the minivan has a total capacity of 38 people (11 sitting and 27 standing). Normal procedure with public buses, the bus driver says. Yeah, right.

Wikitravel says travellers going to Yunnan pass through Kunming on one or more occasions due to it being the transportation hub, but should not dwell there for too long. I agree. Get out of there as fast as possible. And do remember to follow Chinese New Year’s customs.