It doesn’t get much more urban than Hong Kong. Skyscrapers, highrises, megacity. Getting an overview at Victoria Peak. Peak tram up, peak tram down. Lots of Korean tourists. Waiting for sunset. Darkness creeping over the city that illuminates itself with all the white city lights. Breathing in the fresh air before submerging into the depth of humid city air. 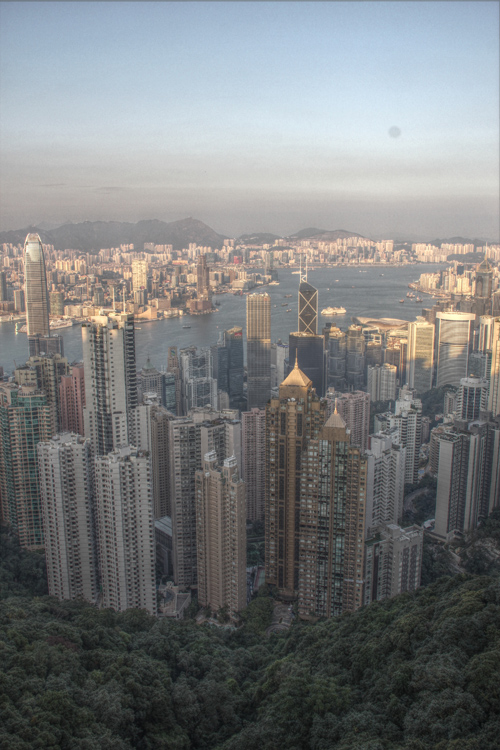 the city in HDR 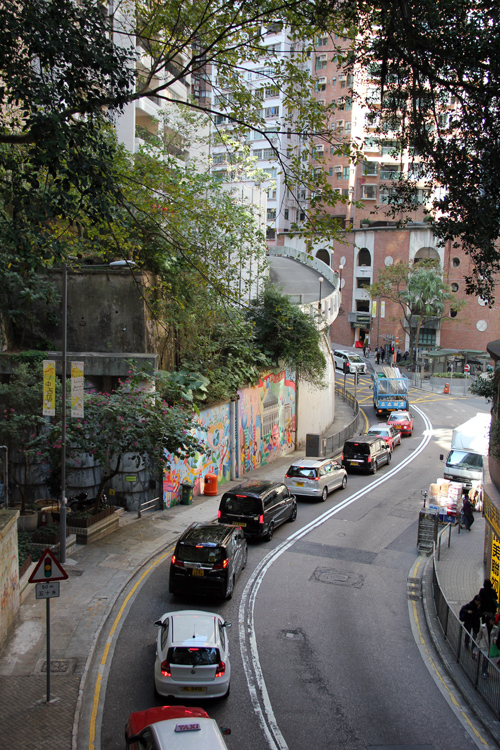 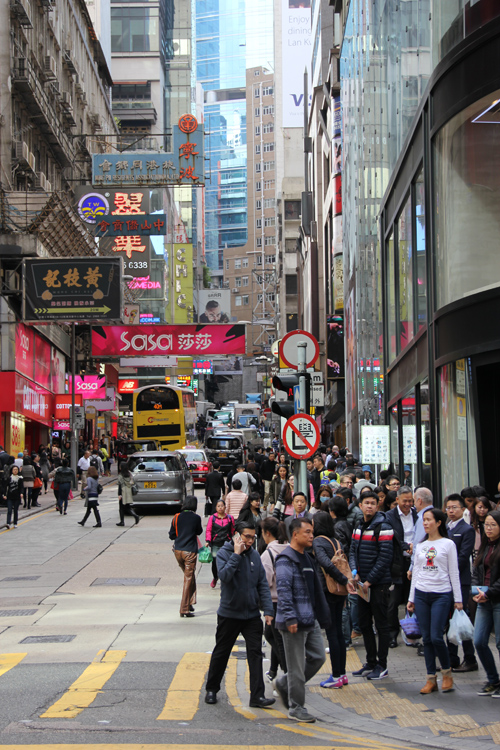 People here and there, brusselin’ and tusslin’. Daily life of a Hong Kong person. Walking through malls and mazes, mazes of malls. Avoiding the outside. Taking the metro. Metro, Boulot, Dodo. Phone in one hand, coffee in the other. 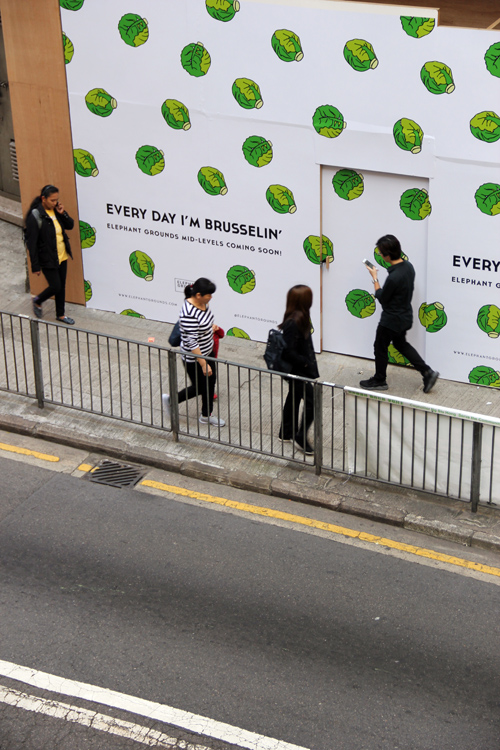 Midway escalators to Soho. Going down till 10am, then in reverse, climbing up the hill. Don’t forget Man Mo Temple. 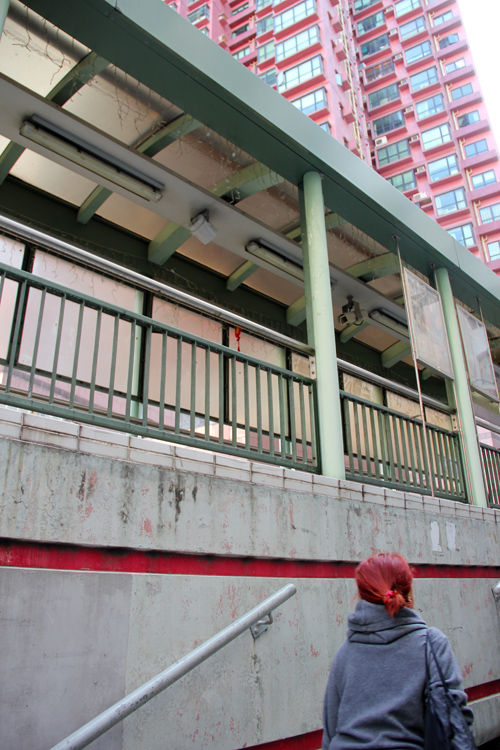 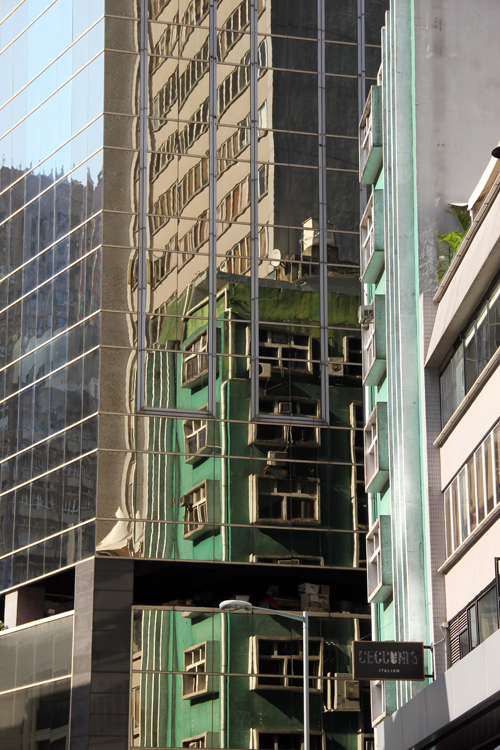 buildings and reflections of them in them 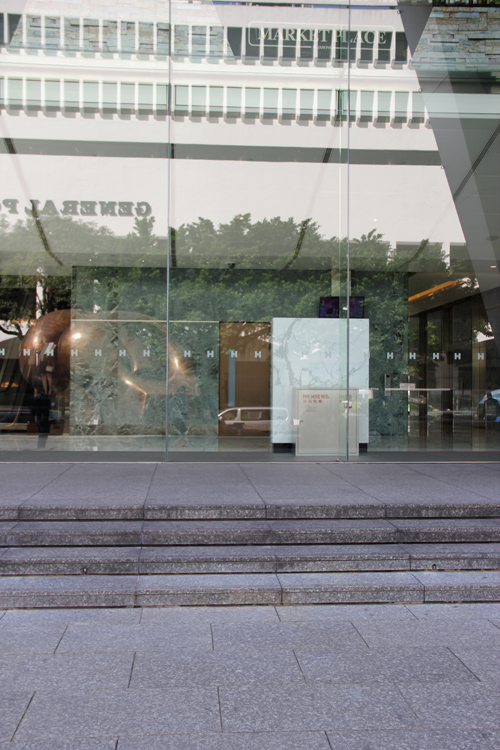 sunray behind a gate

Fun days of exploration, of visual and acoustic stimulus, of detail. People and their lives leave traces in the city. Hanging laundry. A chair. A thrown-away take-away box. Graffiti on the wall. Empty bottles.

life in a highrise 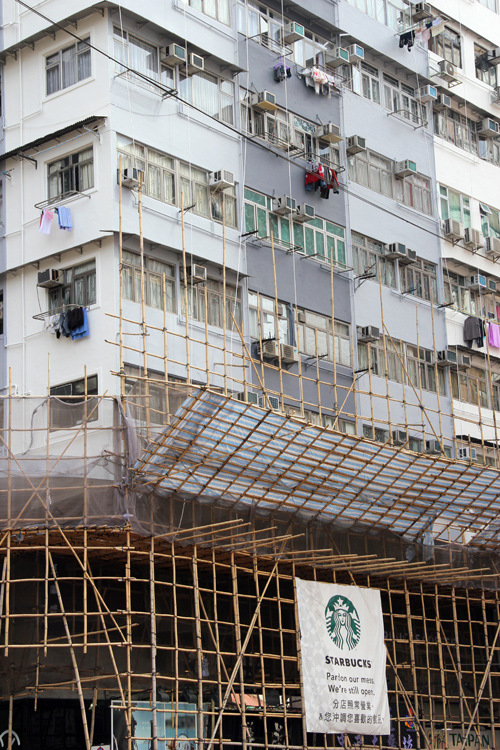 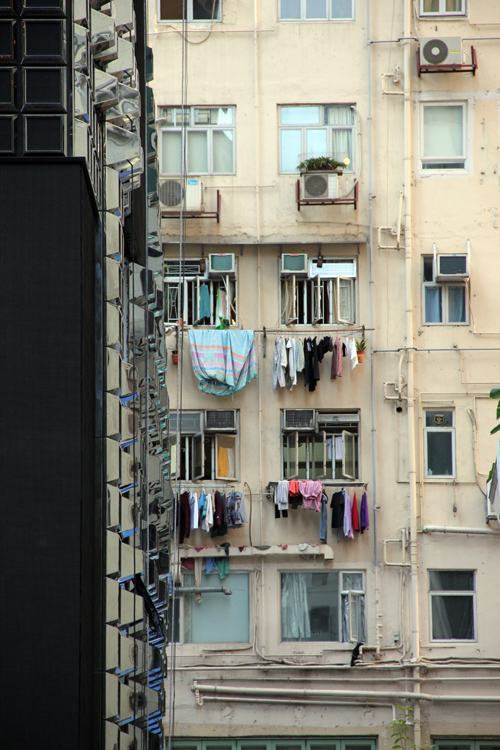 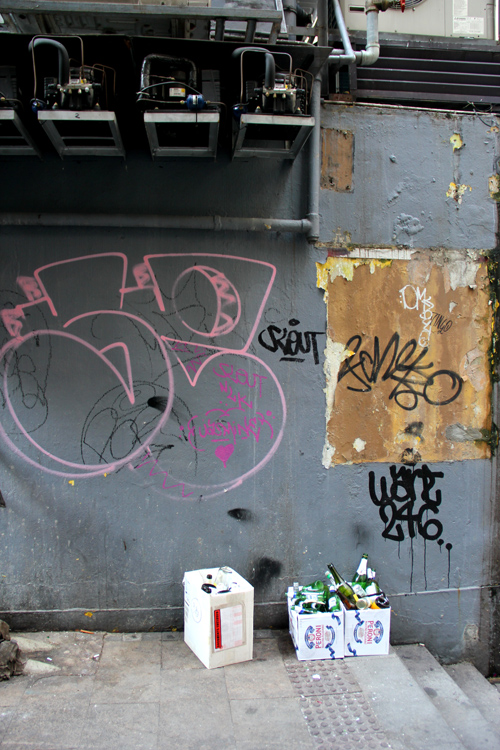 Kowloon at Tsim Sha Tsui. Securing a spot for the 8pm light show of the skyline. Junks (the boats) sailing towards Hong Kong Island in calm waters.