On the northern shore of the island of Taiwan lies a geological gem, formed by the sea and eons of time. But first, unloaded from a public bus, I cross the adjacent village on a small paved street, following lopsided affixed signs and dozens of tourists. Fishermen clean and prepare their colorful fisherboats for the next big catch. Countless lightbulbs wobble with every rhythmic up and down. Unaffected, a stray dog is napping on junction boxes. 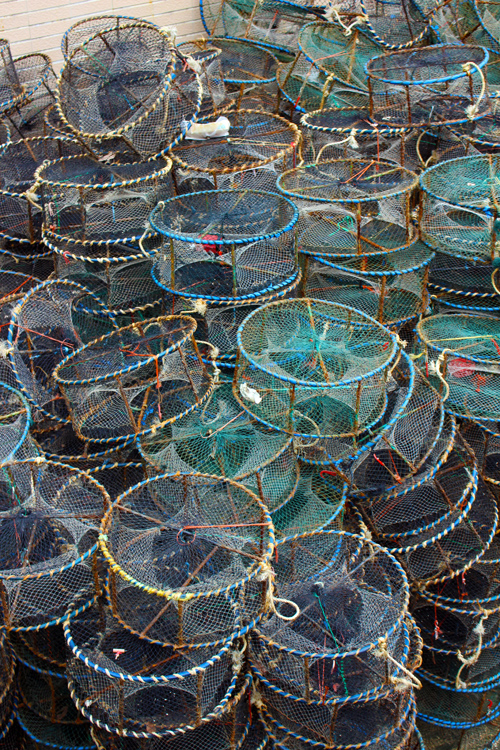 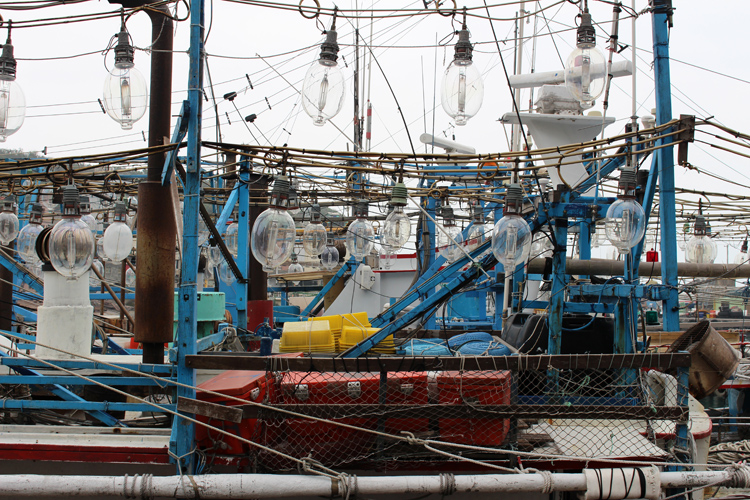 Stepping through the portal into an entirely different world. But even in this bizarre environment, a steady influx of mostly Chinese tourists err single-mindedly from rock to rock. A small kid trips over a small fossil embedded in the sandstone.

Stony mushrooms sprout up to the surface. In their midst: tourists equipped with smart phones, selfie-sticks and DSLRs, battling for the best photo opportunities.

Closer to the seashore, endless waves polish the smooth surface of Yehliu, have done so for millenia, will do so for many years to come. 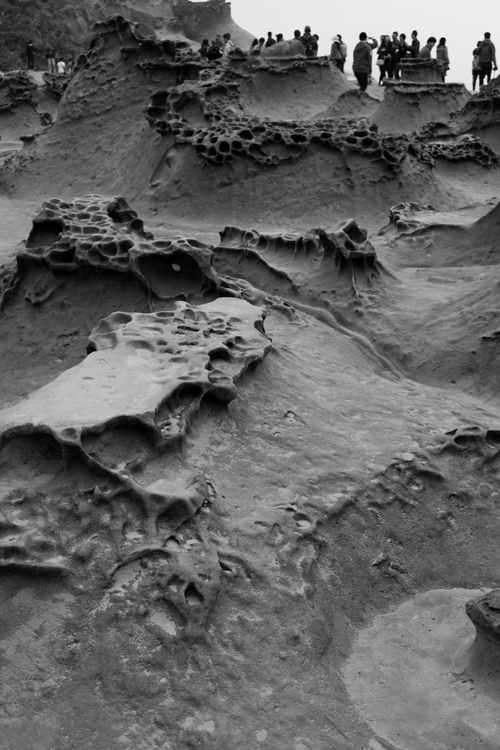 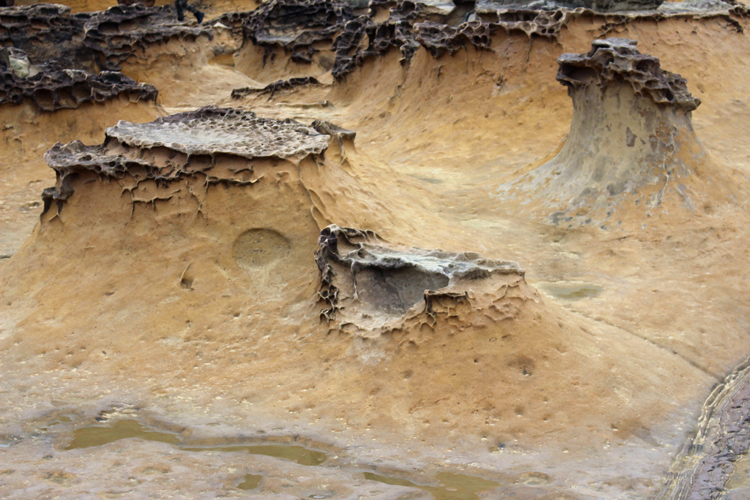 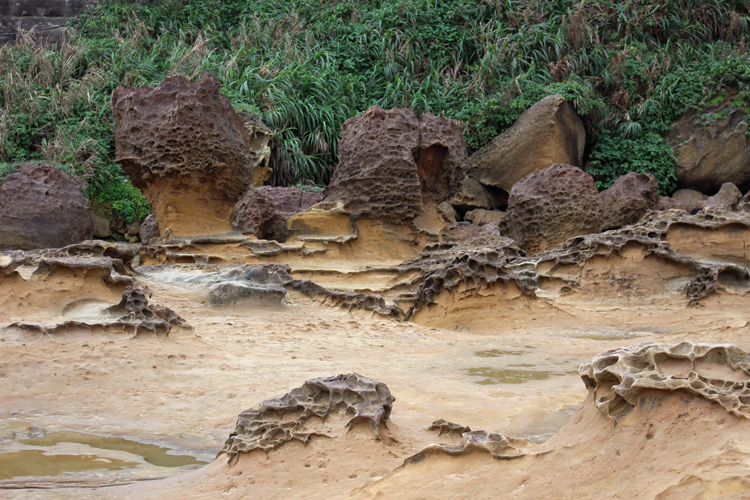 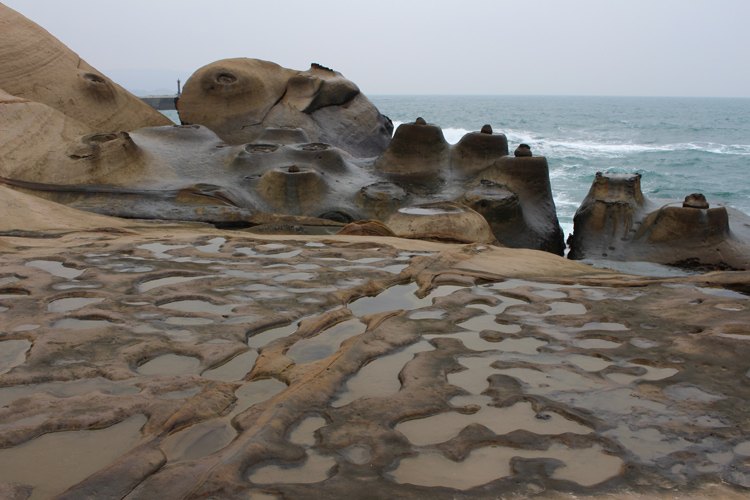 candles by the ocean

The Queen’s Head is mascot and the poster child of the park. How long will her head rest on her shoulders? Erosion will put an end to her existence sooner or later. Rather sooner with all the people visiting Yehliu Park. No problem, a replica is already available. A bit more offside, camera clicks and people’s voices fade away with the wind. The rocks here lack their brother and sisters’ fancy names – Carp stone, Princess, Fairy’s sandal, Leopard – but are no less admirable and no less grotesque in shape.