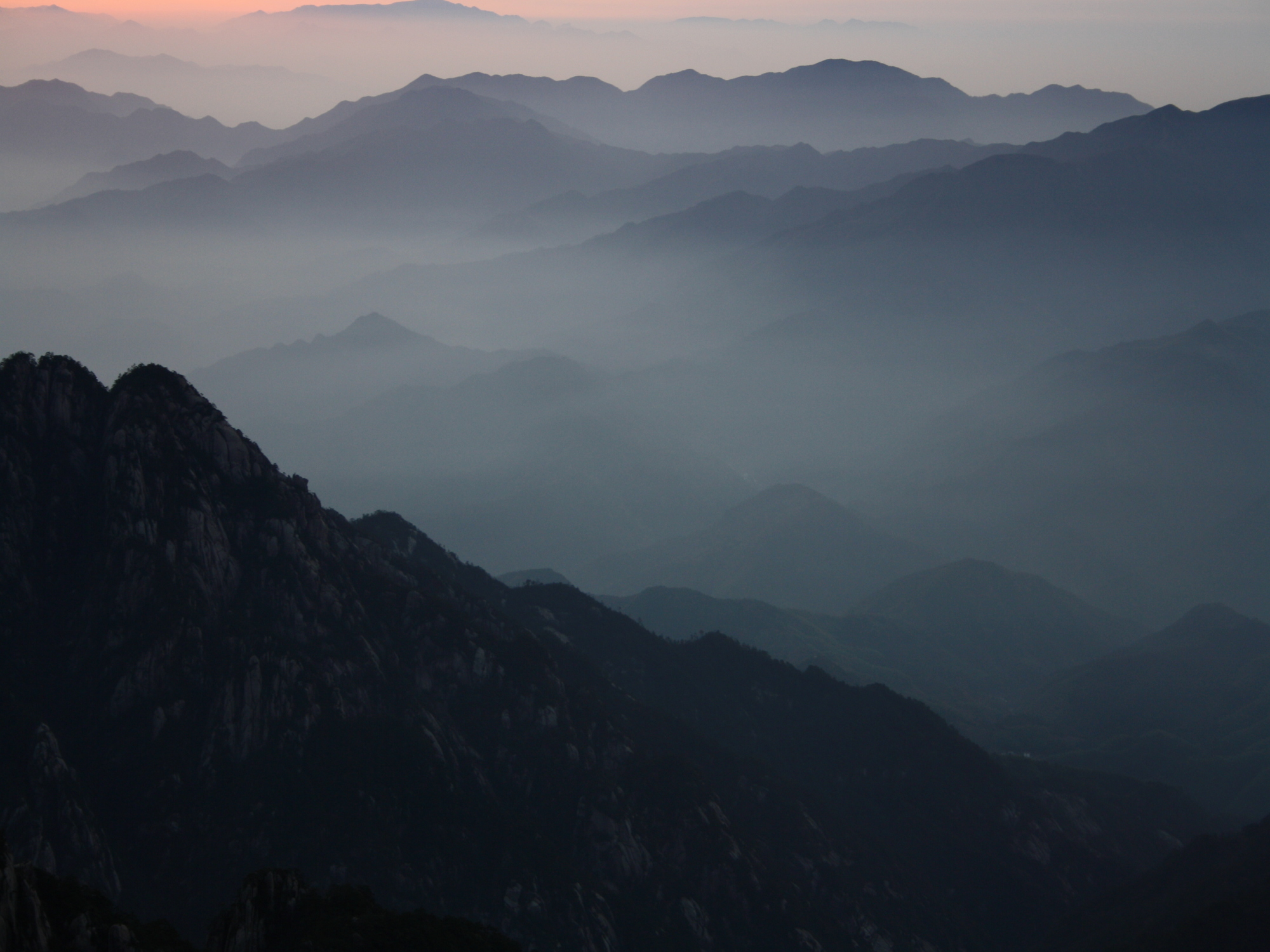 There are four things to look for when visiting the Yellow Mountains: the form of pine trees that gave them their unique names like the Welcoming Pine being the most famous one, the shape of rocks that are the inspiration for many stories and legends, the mountains swimming in a sea of clouds as you get higher up and also some hot springs in an area where water is not commonly found.

The ascent is tiring, but manageable, there are constructed paths and stairs throughout the entire walk with some steep passages but also more leveled parts. And there is always the scenery to enjoy.

a guinea pig sunbathing on a rock

We stayed in a four star hotel on top of one of the peaks (光明顶), although I jokingly said that it was originally five star because of its location and they took a star off for service. It was cold, the toilets did not really flush, the bedsheets were damp and clingy and food was extremely expensive, not to mention the extremely unfriendly staff. That being said, I had to remind myself that ressources and infrastructure are limited in such a remote area like this, and food and other supplies are brought to the hotels by pure manpower, meaning that whileI was complaining that my legs were damn tired, there were workers laden with more than 30-40kg on their 扁担 (a carrying pole with two baskets attached) dragging themselves up the mountains three times a day. Those workers, skinny, tanned men with worn out clothes are by no means locals. Our tour guide explained that after the neighboring villages got a bit wealthier from tourism, they took up the more comfortable jobs like running hotels, restaurants or a travel agency, and left the physical work to people from poorer areas. We tourists need to think more about were our comfort is coming from.

At 4am in the morning, we got up to watch the sun rising over the mountains. The hotel provided us with ridiculous former military winter coats but at least they were quite warm. It was pitch black but there was already a big crowd of people waiting. My brother and I found a nice spot to take pictures and thanked our parents for good genes: our height was very convenient as we towered over the rest of the crowd. The two girls in front of us could not see anything at all…

Then the sun made its first timid appearance through the fog and clouds and I snapped away.

After the beautiful sunrise, we made our way back down into the village.

As our tourguide said

I think that does not quite describe it, Paralympians are sporty people…I could not walk around without pain for at least three days.