The newest landmark in Rotterdam is the Markthal by Winy Maas from MVRDV. It houses the first indoor food market in the Netherlands as well as office spaces and apartments. The most prominent feature is the larger than life mural on the inside of the horseshoe-shaped building, Alice in Wonderland style. 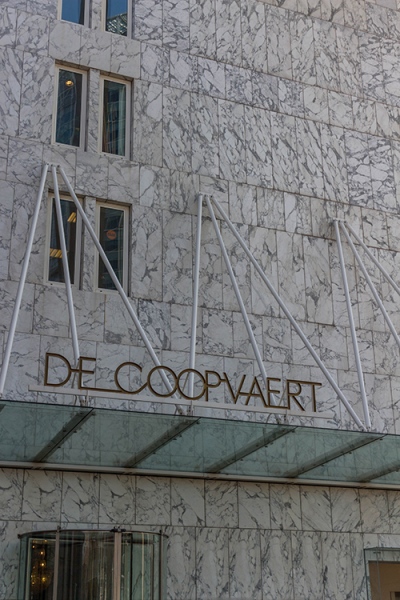 Once upon a time, there were four lion majestic statues sitting on a bridge. One day, the lions disappeared. It was then decided to put new statues onto the bridge. Some time later, the four original lions appeared during a river cleaning, so they now sit on top of the building next to the bridge.

A good place to do a quick pit stop to rest aching feet and warm up cold fingers is the library next to the cube houses and the Markthal. Major retro feels. 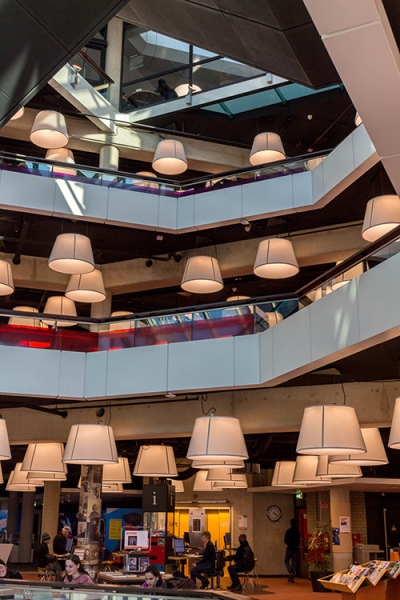 This little church is tucked away on a street corner, it slightly resembles this church, doesn’t it? 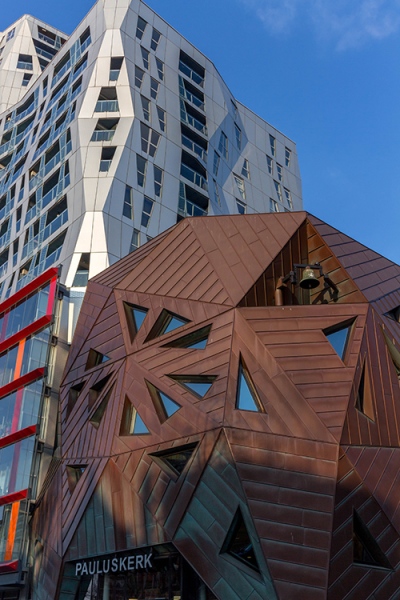 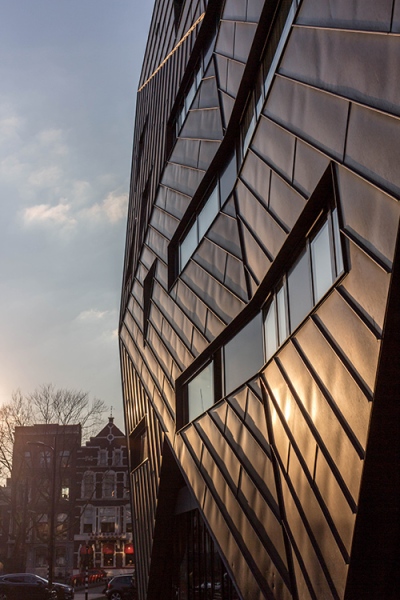